Panda Cares Center of Hope is a newly renovated space within our Club designed to deliver more joy, education, and critical social-emotional development to local communities. Project Learn, the platform that unites each Center of Hope, is a holistic strategy intended to reinforce and enhance what youth learn during the school day, while creating experiences that invite them to fall in love with learning,” said Mark Holtzman, Boys & Girls Clubs of the Coastal Plain President & CEO. “Rooted in social-emotional development, this program is based on research showing that students do better in school when they spend their non-school hours engaged in fun and academically beneficial activities. Our Panda Cares Center of Hope was designed to meet the needs of our Club members and includes a new library of books, soft spaces, flexible seating to support various learning styles and many spaces for them to learn, engage, and grow.”

A full gallery of pictures from the event can be viewed at: https://flic.kr/s/aHBqjAhFUd

To learn more about the Boys & Girls Clubs of the Coastal Plain’s programs, please visit www.bgccp.com or call 252-355-2345. 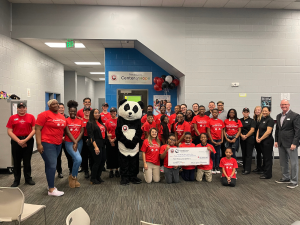 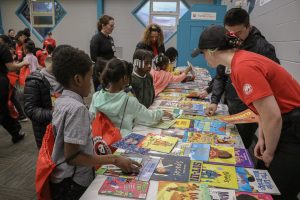 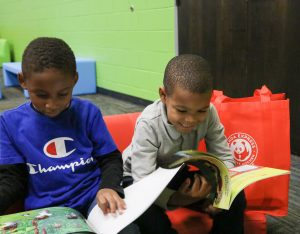 About Boys & Girls Clubs of the Coastal Plain

The organization began in 1969 as a Boys Club with a very modest operation at the Pitt County Fairgrounds. Since that time, the organization has experienced significant growth in membership, programs, and facilities. In 1992 the Jack Minges Unit was built to accommodate the growing need and to include girls in membership. Additional units have been established in Ayden, Farmville, West Greenville, and north of the Tar River. BGCCP assumed responsibility for the Club in Lenoir County in 2010, two Clubs in Beaufort County in 2013, opened a new Club in November 2013 in Greene County, and now has opened two Clubs in Martin County. In 2017, BGCCP merged with the Boys and Girls Club of Coastal Carolina to add 6 Clubs in Craven and Carteret Counties. Today, more than 3,000 young people are taking advantage of the programs, activities and services provided by our 17 Clubs in 7 contingent counties: Pitt, Lenoir, Beaufort, Greene, Martin, Carteret, and Craven Counties.

On a mission to inspire better lives, Panda Express® is the largest Asian dining concept in the U.S. Family-owned and operated since 1983 by co-founders and co-CEOs Andrew and Peggy Cherng, Panda Express is best known as a trailblazer for creating a wide variety of industry-first recipes, including its best seller the Original Orange Chicken® and award-winning Honey Walnut Shrimp™, which have defined the category of authentic American Chinese cuisine. Each dish at Panda Express, including the Wok Smart® selections, is thoughtfully crafted with quality ingredients and inspired by bold Chinese flavors and culinary principles. The restaurant brand has more than 2,400 locations and has introduced American Chinese cuisine to twelve international countries.

Powered by this global family of associates, Panda Cares® the philanthropic arm of Panda Express, has raised more than $282 million and dedicated countless volunteer hours in bettering the health and education for over 13 million youths, as well as supporting communities in need since 1999. In 2020, the organization established the Panda Cares Scholars Program to provide the necessary funding,- academic support and leadership development to help high school and college students learn, lead and thrive towards a bright future. For more information, visit pandaexpress.com or pandacares.org.